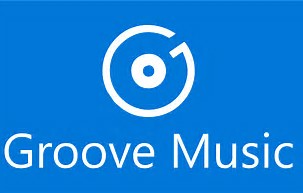 Long ago I switched from a Windows 10 phone to an iPhone. But I remained a Groove Music user, because I really like the service and its features.

The only big issue I’ve struggled with on the iPhone is that the app doesn’t have an easy way to sync all my music from OneDrive onto the phone for offline play. This was a simple option on Windows, but there’s no support in the iPhone app.

I’ve got a few thousand songs in my library, all on OneDrive. They auto-sync to my Windows 10 devices for offline play, but the most important device for offline play is my phone, which I use when on airplanes and driving through northern Minnesota.

I tried syncing the music to the phone using iTunes, but that only makes the music available via the Apple Music app, not Groove, and I want my music in a single app across all my devices.

After trading some emails with a gentleman named Bob Spiker (I think the original email exchange was in response to a twitter rant of mine), it turns out there’s a hack that sort of works.

These are the steps:

This isn’t a perfect solution. It does get all the music onto the phone, but I’m finding that artist/album indexing isn’t always working as expected against the music synced from OneDrive. In other words, the music is there and you can see it in the playlists, but you can’t always find it from the artist or album views (though it is usually there).

Maybe the “right” answer is to switch to another music service. But I’ll only do that if I get the same cross-device support (including xbox), offline sync for my phone, and music videos.